Here you can find information on screen studies events happening in Sydney and around Australia. We will try to keep this as up to date as possible. We also plan on organising an informal networking drinks event at every conference we go to, so keep in touch @_SSSNetwork.

Come have a drink with us to celebrate the launch of our new program!! SSSN is a research-led group of scholars, students, and screen enthusiasts from Sydney and surrounds, covering all aspects of film, television, and screen-based media. The Network welcomes members from across Sydney, Newcastle, Wollongong, and greater New South Wales, bringing together the diverse research activities, interests, and expertise of local scholars, students, researchers, and industry practitioners.

To celebrate the launch of our Semester 2 2017 Program we will be hosting an informal social event at the Hollywood Hotel in Surry Hills on Thursday 20th July at 6pm.

It’s a great chance to get to know other early career researchers and postgrads working in screen studies in the Sydney area. Everyone welcome! 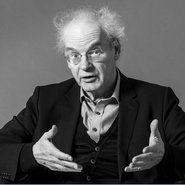 The voice in cinema, or the acousmêtre and me

This masterclass for postgraduate students and early career researchers will explore the changing field of film studies and its stakes for other disciplines, from art history to literary studies. Focusing on animation studies, which makes visible the fabricated nature of the moving image, and the still/moving field, which reveals the interactions and relays between cinematic and photographic images, it will consider how new work in and around film studies pushes on the definition of what counts as cinema, and how cinema relates to the other arts.

FEATURING:
KAREN REDROBE (formerly Beckman), Elliot and Roslyn Jaffe Professor of Cinema and Modern Media at the University of Pennsylvania. Karen is the author of Vanishing Women: Magic, Film and Feminism (Duke UP, 2003) and Crash: Cinema and the Politics of Speed and Stasis (Duke UP, 2010), editor of Animating Film Theory (Duke UP, 2014), and co-editor of two volumes: Still Moving: Between Cinema and Photography with Jean Ma (Duke UP, September 2008) and On Writing With Photography (Minnesota UP, 2013) with Liliane Weissberg.
ALIX BEESTON, Research Fellow at the United States Studies Centre, University of Sydney. Alix is the author of In and Out of Sight: Modernist Writing and the Photographic Unseen (Oxford UP, forthcoming January 2018).

Participation in this masterclass is free, and a catered lunch will be provided. This event is supported by the Department of English and the Power Institute at the University of Sydney.

TO PARTICIPATE:
Please email a brief expression of interest by Monday 3 July to alix.beeston@sydney.edu.au, stating in no more than 300 words why you would like to participate and how this masterclass will benefit you. We will notify you of your masterclass placement by Monday 10 July, and send through contextual reading material in preparation for the session.