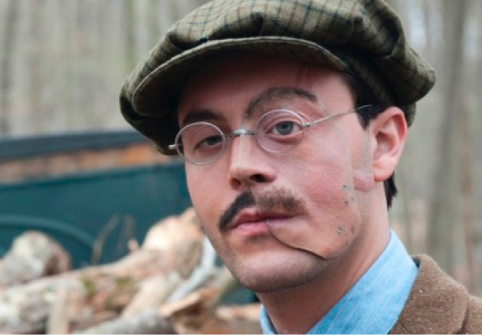 This podcast is of a seminar presented by Dirk Gibb at UNSW Australia for SSSN on 17th May 2016. Dirk’s paper is followed by a question and answer section conducted by the audience present on the day. There are two sections of Q&A in this podcast; the first refers to Boardwalk Empire Season 2 Episode 5, which was screened immediately following Dirk’s paper; the second refers to Peaky Blinders Season 1 Episode 1.

Dirk Gibb (UoN) is in his final year of a Ph.D in Film, Media and Cultural Studies at the University of Newcastle, under the supervision of Dr. Hamish Ford, Dr. James Bennett and Associate Professor Alistair Rolls. His project (which has a strong historical component) deals with the revival of the 1920s in twenty-first century popular culture. His argument is that this revival of a “protean” decade marks the site of a palimpsest in Western language film and television production, with traces of the present to be uncovered in such films as Midnight In Paris and The Great Gatsby, and such television programs as Boardwalk Empire, Downton Abbey and Underbelly: Razor. Prior to this, Dirk, a student at UON since 2008, received his Bachelor of Arts in 2011 and his Bachelor of Arts (Hons.) in 2013. His Honours thesis, Flying To A Quiet Mountain Town Upon A Dung Beetle: Aristophanic Elements In South Park (supervised by Associate Professor Michael Ewans), was published as a book by Lambert Academic Publishing in 2013.